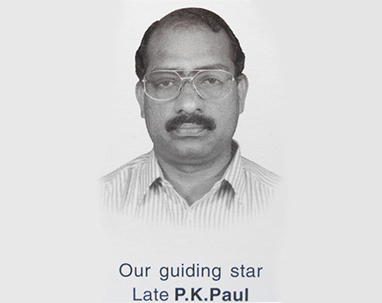 STAR Pipes and Fittings an ISO certified company traces its lineal roots to the prescience, the insight, the commitment of a man who believed in pitching his dreams beyond the confines of the banal.

Clarity of vision and the foundation of assiduity has made STAR Pipes and Fittings grow from strength to strength to its acme now when it is indeed glittering on the industrial firmament of excellence with merchandise of global standards. Rigid PVC pipes, pipe fittings, flexible hose, and building materials, etc.

Our history now is a laudable enumeration indeed-In 1994 Starflex, flexible hose for domestic and industrial use, was born. In 1998 the strategic decision to step out of its regional theatre to become a global player was taken. The brand name STAR Pipes and Fittings Impex was registered and Dubai chosen as the nodal centre for overseas operations. With the supremacy of our products, market ascendancy was not difficult. STAR Pipes and Fittings now is a ubiquitous presence in the entire Middle-east and South Africa. In 2001, STAR Pipes and Fittings received the ISO 9002 certification, yet again, the first in South India.